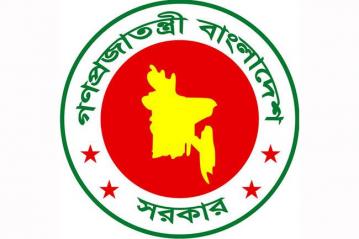 DHAKA, May 18, 2018 (BSS) - Poor people, including the old, widow, deserted and destitute women and the financially insolvent disabled, will get more allowances in the next fiscal 2018-2019 (FY19) as the government is going to increase the allocation for the Social Safety Net Programme.

"The coverage of the Social Safety Net Programme will be increased. As well as, the amount for the programme will also be increased in the next budget," Finance Secretary Mohammad Muslim Chowdhury told BSS.

The government is likely to increase the amount by around Taka 10,000 crore in the upcoming fiscal for giving the poor people a comfortable living, he added.

In the outgoing fiscal 2017-18, the government allocated Taka 54,206 crore for the Social Safety Net Programme, which was 13.50 percent of the total budget and 2.4 percent of the gross domestic product (GDP).

The finance secretary said the government will increase the coverage of old age allowance. From FY19, about 40 lakh people will get the old age allowance which is now around 35 lakh, he added.

"We will increase the coverage of every scheme, side by side the amount will also be increased," he said.

Muslim Chowdhury said the expansion of the safety net will bring more poverty-stricken people under the programme and help alleviate poverty.

In order to increase the social security coverage and improve living standards of the poor, he said, the government has taken the initiative to widen the programme.

By strengthening the social safety net programmes, benefits of the national growth will be taken to all, he added.

Out of the total beneficiaries, around 6 lakh poor women are receiving maternity allowances across the country. Around 75 percent of the allocation is being transferred in cash.

The government has also launched "MIS integrated G2P" payment system to give the allowances to the poor people within a short time and without hassle.

Finance Minister AMA Muhith inaugurated the Government to Person (G2P) payment system on Thursday by giving maternity allowance to over 8,000 poor women under seven upazillas across the country.

The payment system will gradually cover all beneficiaries of the country.