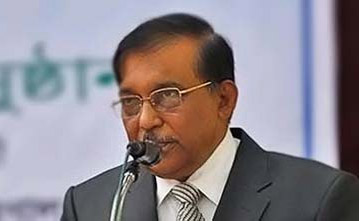 DHAKA, May 19, 2018 (BSS) - Home Minister Asaduzzaman Khan Kamal today said measures would be taken to investigate all the incidents of journalist repressions and tortures in police custody.

"Investigation is underway on the assault of a journalist taken place at Mohakhali rail crossing on last Thursday. If the investigation finds anyone guilty, action will be taken against them who involved," he said.

He said this while talking to newsmen on the concluding day of a two-day conference at the National Council of Bangladesh Puja Udjapan Parishad at Dhakeswari Mandir here.

Replying to a query about the killings of drug addicts and drug traders in cross firings, the minister said all the incidents will be investigated, adding, "Those involved would be brought to justice."

The minister said none is above the law. "If you are guilty, then you have to be punished. The government has adopted zero tolerance policy against illegal drugs," he said.

The home minister said the government led by Prime Minister Sheikh Hasina is committed to ensure communal harmony in the country.

Jayanta Sen, president of Puja Udupan Parishad presided over the conference. Annual report was read out by general secretary Taposh Kumar Paul and other leaders also spoke on the occasion.