Khas land must be given to landless farmers: Sherif 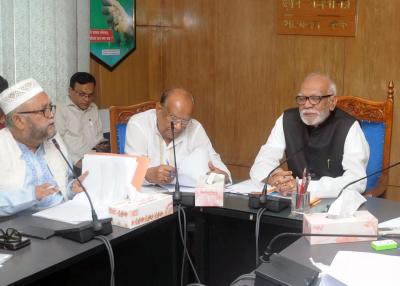 "Khas land must be allocated to the landless farmers," he said in his presidential speech at the 34th meeting of the National Agricultural Khas Land Management Executive Committee at the ministry's meeting room here, according to an official release.

The land grabbers try to harm the farmers economically by occupying crop lands during the cultivation season after manipulating the system, the release said, adding that the committee decided to lease out the khas land after knowing the current condition of the land through field visit by land offices.

The committee also decided to incorporate the matter of giving compensation of acquired land to those who get lease of the land for 99-year term in the Agricultural Khas Land Management Policy 1997.