Neuer in Bayern's cup final squad after eight months out 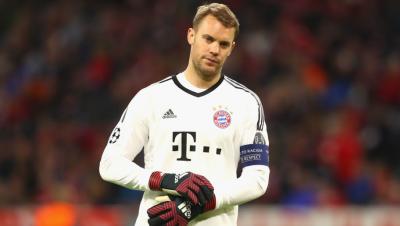 BERLIN, May 18, 2018 (BSS/AFP) - Manuel Neuer's World Cup hopes received a boost on Friday when Bayern Munich announced he is in their squad for the German Cup final after eight months on the sidelines.

The 32-year-old Germany captain and goalkeeper has not played since fracturing his foot last September, but has made the squad for Saturday's final against Eintracht Frankfurt.

Neuer is expected to start on the bench at Berlin's Olympic Stadium with Sven Ulreich in goal for Bayern.

Bayern captain Thomas Mueller has recovered from gastroenteritis to make the flight to Berlin, but Arjen Robben is out with a groin strain.

Making the cup final squad is a significant boost to Neuer's hopes of being fit for Germany's opening World Cup match on June 17 against Mexico in Moscow.

Neuer has been included in the extended Germany squad for Russia 2018, but will need to prove his fitness at a fortnight-long training camp which starts on Tuesday in north Italy.

Germany plays friendlies away to Austria in Klagenfurt on June 2 and home to Saudi Arabia in Leverkusen on June 8 before the team flies to Russia on June 12.