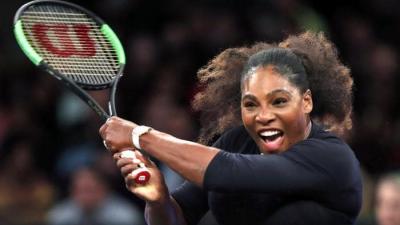 PARIS, May 21, 2018 (BSS/AFP) - Serena Williams's highs and lows at the French Open as the 23-time major winner prepares to make her Grand Slam return next weekend in Paris:

2014: Second round defeat to Spain's Garbine Muguruza 6-2, 6-2. "It was one of those days. You can't be on every day, and, gosh, I hate to be off during a Grand Slam but it happens. It's not the end of the world," says Serena who was chasing an 18th career major

2017: Sits out Roland Garros due to pregnancy

2018: Ranked 454 in the world and having played just four matches on the WTA Tour all year, Williams returns to Roland Garros seeking a 24th Grand Slam title which would take her level with Margaret Court's all-time record