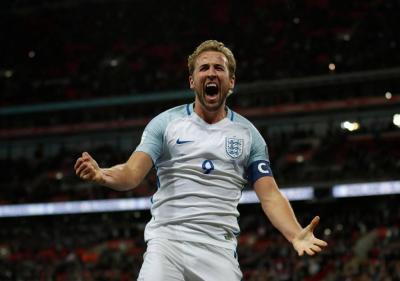 LONDON, May 22, 2018 (bss/AFP) - Tottenham striker Harry Kane will be England's captain at the World Cup in Russia, the Football Association announced on Tuesday.

Manager Gareth Southgate has shared the leadership role around since taking over as manager in 2016 but has now settled on Kane for the tournament, which begins next month.

The 24-year-old, who has scored 12 goals in 23 international appearances, was first handed the armband for the qualifier against Scotland last June and has skippered the side on three further occasions.

Southgate, who announced his decision during a team meeting at England's training base on Monday, said: "Harry has some outstanding personal qualities. He is a meticulous professional and one of the most important things for a captain is that they set the standard every day.

"He has belief and high standards and it is a great message for the team to have a captain who has shown that it is possible to be one of the best in the world over a consistent period of time."

Southgate and Kane, who burst onto the senior international scene with a goal 79 seconds into his 2015 debut against Lithuania, appeared in a live video posted on England's Twitter account soon after the official announcement.

"It's an amazing honour," said Kane. "Obviously you always dream of playing for England, growing up. To be the captain is that little bit more.

"So excited, obviously excited for the World Cup. I just can't wait to be there and experience it. To be leading the lads out is going to be special. But for me nothing changes -- I'm the same person, the same player, and it's just about the team. We've just got to do what we can and go as far as we can."

Kane's Spurs team-mate Eric Dier and Liverpool captain Jordan Henderson were seen as the other likeliest candidates for the role.

The standout star in England's inexperienced squad, Kane will travel to his first World Cup full of confidence after another outstanding season in which he passed the 30-goal mark for club and country for the fourth season in a row.

Kane has netted 45 goals in 52 appearances for Spurs and England in 2017/18, missing out on a third consecutive Premier League Golden Boot title to Liverpool's Mohamed Salah.

His goals fired Spurs to third place in the Premier League, meaning they qualified for the Champions League for the third season in a row.

The retired Wayne Rooney, the dropped Joe Hart and Gary Cahill, who is heading to Russia after a last-minute reprieve, have also captained England under Southgate.

"Of course, Harry will need the support of the other good leaders that we have got around him," said Southgate.

"You don't become a top team by just having a good captain with good values because that has got to spread right throughout the group but I think he is the one who is ready to take that challenge on."