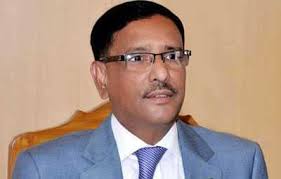 GAZIPUR, May 19, 2018 (BSS) - Road Transport and Bridges Minister Obaidul Quader today asked the authorities concerned to repair all roads and highways by June 8 for smooth vehicular movement during the upcoming holy Eid-ul-Fitr.