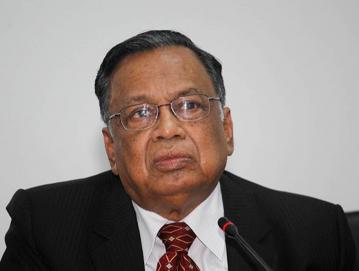 DHAKA, May 19, 2018 (BSS) - Foreign Minister A H Mahmud Ali has urged OIC to find an alternative multi-power multi-stake holder platform to push and take forward the peace process to a meaningful end regarding Palestine crisis.

"OIC needs a solid and determined strategy. We should continue to mobilise international pressure on Israel for halting and reversing its policies and practices," he said while addressing the 7th extraordinary OIC summit on Palestine in Istanbul, Turkey on Friday, according to a message receive here today.

The foreign minister said OIC must move all important international fora including the UN and its different organisations-political, security and legal in function. "OIC should direct its efforts in all licit avenues and channels," he said.

The summit has been convened by President of Turkey Recep Tayyip Erdogan in his capacity as Chair of the Organisation of Islamic Cooperation (OIC) Summit.

Ali said the impunity demonstrated by Israel and the disregard shown by the US Administration to international norm and laws have outraged the people of Bangladesh.

He said Bangladesh is deeply concerned at these ominous developments of Israeli illegal colonial abuses and this latest "massacre" of unarmed civilians including children are crimes against humanity.

"We strongly condemn the Israeli savagery and culture of international impunity. We deplore and reject the US action. I bring with me and convey Honourable Prime Minister Sheikh Hasina's condolences and deepest sympathy for the bereaved," Ali said.

He said Bangladesh is concerned at the US action of the opening of the Embassy which is in clear violation of international law including several UN Security Council resolutions.

This is alarmingly emboldening Israel to illegally impose its control over the holy city of Al Quds and advance its design to change its historical and legal status, its demographic structure and historic Arab-Islamic character, the minister observed.

"We cannot remain as bystanders and see this happening to the city of their first Qibla, the third holiest shrine, and the permanent seat of OIC Headquarters. We must reject any attempts to bring change in the status quo in the occupied Jerusalem," Ali said.

Bangladesh reaffirms its unswerving position in favour of establishing the State of Palestine on the basis of pre-67 borders with East Jerusalem-Al Quds as its capital, he said.