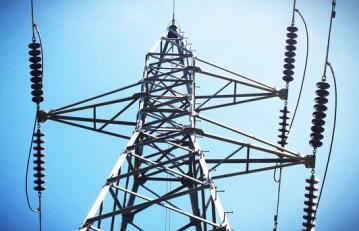 DHAKA, May 20, 2018 (BSS) - The government has undertaken a big move to set up a 800 MW combined cycle power plant on the abandoned land of Khulna Newsprint Mills Limited to meet the growing demand of power in the country.

"The government has undertaken a series of projects to increase the country's power generation capacity as we have targeted to generate 24,000 MW electricity by 2021," State Minister for Power, energy and Mineral Resources Nasrul Hamid told BSS here today.

He said the proposed power plant would help reduce system loss of electricity as consumers would get more reliable power from their nearby source.

An official said the commission has already reviewed a draft project of the Power Division titled 'Construction of Roopsa 800 MW combined cycle power plant' and it is likely to be placed before the ECNEC meeting on Tuesday.

He said the North West Power Generation Company Limited (NWPGCL) under the Power Division has been assigned to implement the project by June 2022 at an estimated cost of Taka 8,498.64 crore.

Out of the total project cost, the official said, the Asian Development Bank (ADB), the Islamic Development Bank (IDB) and Japan Fund for Poverty Reduction (JFPR) are expected to provide Taka 5,987.87 crore as project assistance, Taka 50 crore will come from the organization's own fund while the rest Taka 2,460.77 crore would be given by the government.

He said the power plant will be built on some 50 acres of abandoned land at the Khulna Newsprint Mills where natural gas will be used as the initial energy while HSD as an alternate energy.

According to the sources at the Power Division and the Planning Commission, the government has already set a target to reach electricity to every household by 2021 side by side reducing load shedding by generating some 24,000 MW of Power by that year.

To materialize that goal, the government is implementing various short-term, mid-term and long-term plans and the project for setting up 800 MW combined cycle power plant has been drafted in line with those plans.

Besides, land purchase and development, construction of residential and non-residential buildings and gas distribution pipe line installation works would also be carried out under the project.

The Pre Evaluation Committee (PEC) meeting on the proposed project was held on February 6 where the Planning Commission suggested for restructuring the DPP.