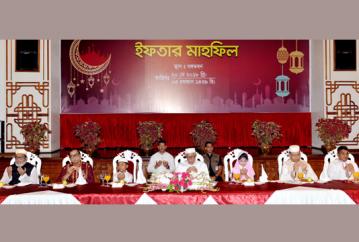 Before the Iftar, the president exchanged pleasantries with the guests and enquired about their well-being at the Darbar Hall of Bangabhaban.

The President's family members were present on the occasion.