ACC sacks its one official, suspends another 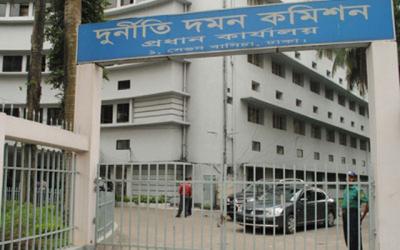 DHAKA, May 21, 2018 (BSS) - The Anti-Corruption Commission (ACC) today sacked one of its official and suspended another on charges of showing negligence in duty, misconduct and misuse of power.

Misusing his power, Shamim Iqbal did not submit a charge-sheet in a graft case even in a year while working in Khulna zila office. Iqbal was sacked after the allegation was proved against him. He will not get any benefit of retirement due to the sack order, said an official release.

Beer Kanta Roy was suspended today as he was lingering an investigation into a loan scam for one year.

ACC director general (admin) Munir Chowdhury said the national anti-graft agency has taken action against the ACC officials so that ACC staff could dare to engage them in such misdeeds. "If necessary, tougher action will be taken in the days to come," he added.