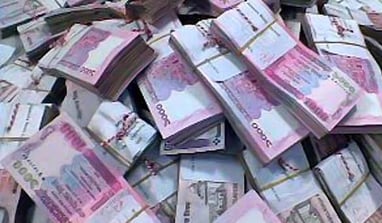 DHAKA, May 22, 2018 (BSS) - Intelligence surveillance has been intensified across the country to check production, circulation and use of fake currencies during the holy month of Ramadan and Eid-ul-Fitr.

In a recent meeting at Police Headquarters, all the concerned authorities have been ordered to take necessary measures including stepping up intelligence surveillance across the country to prevent production and circulation of fake currencies.

The law enforcers have been instructed to intensify intelligence vigilance at three tiers to stop production, circulation and use of fake notes during the Ramadan and ahead of the Eid.

The directives came from a recent meeting with Inspector General of Police (IGP) Dr Md Javed Patwary presiding. All the police commissioners, deputy inspector general (DIGs) and concerned police supers were present at the meeting.

As per directives of the police headquarters, intelligence vigilance coinciding with crackdowns has been strengthened across the country to stop circulation of fake currency particularly in the capital city. The law enforcers are now collecting information relating to the fake currency making syndicates.

Law enforcers have been asked to conduct special drives after identifying the places where the counterfeit bank notes are being produced and used.

Intelligence watch has been intensified at different places, particularly at shopping malls and bank areas as the currency forgers usually increase production of counterfeit notes targeting the Eid.

In addition to the shopping malls and bank areas, places around different slums are also under watch because the currency forgers prefer illiterate slum dwellers for circulating the fake notes.

Over 30 syndicates have been involved in producing different fake currencies, especially US dollars, Euro, Pound, Saudi Riyal and Taka, a police official said.

"The criminals spend around Taka 150 for producing a note of Taka 500," he said, quoting some of the criminals earlier arrested and interrogated by law enforcers.

"Though we have lodged scores of cases against the arrested people with different police stations, they usually get bail from the court after a period as the sections of law under which the cases were lodged are bailable and later they get involved again in the same business," he added.