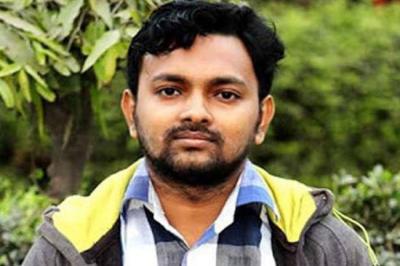 DHAKA, May 22, 2018 (BSS) - The Appellate Division of the Supreme Court (SC) today stayed a High Court order that directed the owners of two bus companies to pay Taka one crore in compensation to the family of Rajib Hossain, who succumbed to his injuries on April 17 after getting caught between two buses in the capital.

A four-member Appellate Division bench headed by Chief Justice Syed Mahmud Hossain passed the order, asking the High Court to form an independent probe committee to identify who, of the two buses, is liable for the accident that took place at Sonargaon Crossing in the capital on April 3.

The apex court asked the probe committee to submit its report by June 30 and the High Court will pass an order on the compensation based on the findings of the committee.

The High Court on May 8 ordered the authorities of Bangladesh Road Transport Corporation (BRTC) and Swajan Paribahan to pay Taka one crore to the family of Rajib.

Later on May 10, BRTC filed an appeal, pleading for staying the High Court order for compensation. Hearing was held on the matter on May 17 and today.

The High Court in its order had said the money would be deposited in the joint account of Rajib's aunt Jahanara Begum and their relative customs official Omar Faruk. The court ordered them to open the account at the Motijheel branch of Sonali Bank Limited.

"The court asked the two bus companies to deposit half of the total amount and file a report on complying court's order by June 25. The court after that will pass a direction on how the rest of the amount will be paid," Barrister Ruhul Kuddus Kazal, who moved the writ in this regard, said on that day.

Rajib was living in a mess at Jatrabari with his two younger brothers, Mehedi Hasan, a class seven student and Abdullah, a class six student of Tamirul Millat Madrasha.

Rajib lost his mother when he was in class three and father in class eight and he had been the guardian of his two younger brothers since then.