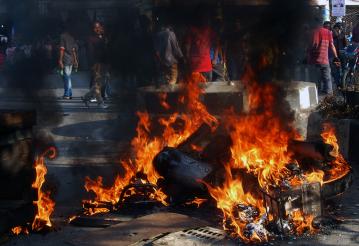 DHAKA, May 22, 2018 (BSS) - A Canadian Federal Court has described BNP again as a terrorist organization as it denied asylum prayer of a BNP activist for the party's role in triggering violence and vandalism to enforce a protracted nationwide hartal in Bangladesh.

Federal Court Judge Justice Henry S Brown came up with the observations while delivering the judgment and dismissing asylum petition of the BNP activist Md Mostofa Kamal for judicial review on May 4, according to the judgment of the court uploaded in its website.

Canadian minister of Immigration, Refugees and Citizenship and the minister of Public Safety and Emergency Preparedness were respondents in the review.

"The Applicant is a thirty-one-year old citizen of Bangladesh. In 2015 he left Bangladesh and made a refugee claim in Canada. The refugee claim was suspended," the court said in its judgment.

It said he was subsequently found inadmissible because there were reasonable grounds to believe he was a member of an organization that engages in terrorism and instigated the subversion by force of the Bangladesh government and he was ordered deported.

The Canadian Minister of Public Safety and Emergency Preparedness alleged that there are reasonable grounds to believe that the Applicant is a member of the Bangladesh Nationalist Party (BNP).

The Minister also alleged that the BNP is an organization that engages in terrorism and engaged in, or instigated the subversion by force of the Bangladesh government, it said.

"This Court's Judgment is that judicial review is dismissed, no question is certified, and there is no order as to costs," the website reads.

Earlier, the Canadian court also denied asylum prayers of several other BNP activists for their involvement in triggering violence and vandalism in Bangladesh.