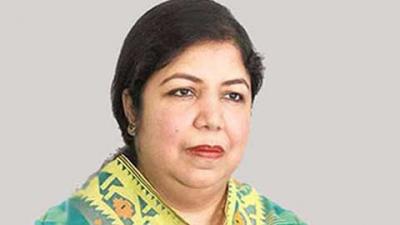 She came up with the assurance while paying a courtesy call on Jatiya Sangsad (JS) Speaker Dr Shirin Sharmin Chaudhury at her office here.

During the meeting, the UNFPA under secretary general lauded Bangladesh's progress in different social indices including reducing maternal and child mortality rate and preventing child marriage.

The JS speaker also appreciated the UNFPA's contribution to reduce maternal and child mortality rate and child marriage through creating social and health awareness in the country.

Chaudhury said the government is working relentlessly for the development of human resources side by side making infrastructural development to materialize Vision 2021.

Because of the government's massive initiatives under Social Safety Net programme, poverty rate has been reduced to 23 percent from 40 percent, she added.

During the meeting, they also discussed on different areas including youth development, population control and gender equity, economic empowerment of women.