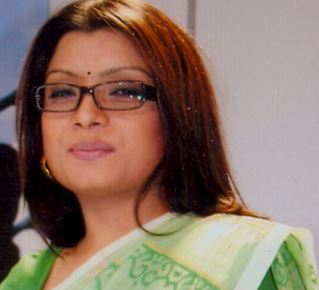 DHAKA, May 22, 2018 (BSS)- Popular actress Tazin Ahmed died of cardiac arrest at a city hospital this afternoon at the age of 43.

The 90's popular actress suffered a cardiac arrest at her Uttara residence around 12 noon and then she was taken to Regent Hospital in Uttara.

She was kept on life support for several hours at the hospital. Later, Tazin breathed her last around 4.15 pm.

Tazin made her mark in many fields ranging from performances in theatre and small screen to journalism, playwright, TV anchoring and directing.

She entered the small screen in 1996 through her mother's production house and became an associated with theatre troupe Natyojon. She was also a member of Aronyak troupe till her death.