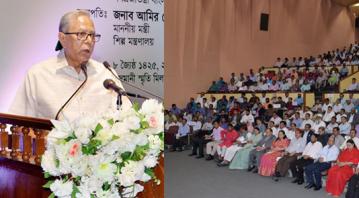 DHAKA, May 23, 2018 (BSS) - President M Abdul Hamid yesterday urged all concerned to find new and potential sectors for investments to keep up the current pace of industrial growth.