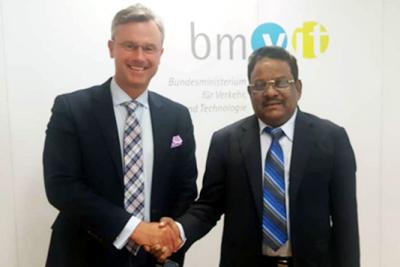 DHAKA, May 23, 2018 (BSS) - Bangladesh and Austria have signed Air Service Agreement (ASA) for the first time aiming at operating cargo and passenger flights between the two countries.

As per the agreement, the airlines companies of both the countries can operate seven passenger flights and seven cargos flights every week.

Several airlines companies of the both countries have already expressed interest to operate direct flights, the press release said.

The direct air connectivity between Bangladesh and Austria will be beneficiary for a huge number of expatiate Bangladeshi living numbers of countries next to Austria including Germany and Italy, it said.