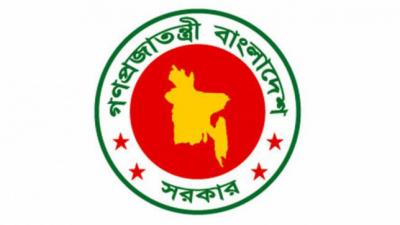 DHAKA, May 23, 2018 (BSS) - The government has moved to set up inland container river port in Ashuganj with Indian 2nd Line of Credit in a bid to create regional and sub-regional trade facilities and thus contribute to the economic development of the country.

The Executive Committee of the National Economic Council (ECNEC) approved a project to this end titled 'Establishment of Inland Container River Port at Ashuganj' on Tuesday at an estimated cost of Taka 1,293 crore.

Bangladesh Inland Water Transport Authority (BIWTA) under the Ministry of Shipping will implement the project at Ashuganj of Brahmanbaria by December 2021, said a senior Planning Commission official.

The official said the proposed foreign assistance on the project under Indian 2nd LoC was ensured at the 2nd meeting of the Bangladesh-India Joint Monitoring Team held on February 28 this year.

Talking about the project, Planning Minister AHM Mustafa Kamal said that transportation of goods would be easier to the neighboring countries, including the seven sisters of India, using this port.

"Once the project is implemented, this inland container port would be able to contribute a lot to the economy of the country," added the minister.

According to the Development Project Proposal (DPP), Ashuganj was declared as a river port back in 2004. Ashuganj river port has also been classified as a 'Port of Call' in line with the Inland Water Transport and Trade Protocol between Bangladesh and India.

'Port of Call' provides the facility of loading and unloading of goods of the river vessels of both the countries. According to the initial survey, it will be possible to transport around 4 lakh twenty feet equivalent units (TEUs) of containers on this route every year.

Besides, once the container handling facilities are established at the Ashuganj River Port, trade and commerce would get a boost in the greater Sylhet region alongside the major parts of Dhaka and Chittagong.

Earlier on January 4, 2011, a project was first approved by the ECNEC titled 'Establishment of Inland Container River Port at Ashuganj' with an estimated cost of Taka 245.75 crore where foreign assistance was supposed to come from the Indian 1st Line of Credit (LoC).

But, the project could not be enrolled then since there was no such detailed survey on the project.

Later, it was decided to frame a new project scrapping the first one.

The Pre Evaluation Committee (PEC) meeting on the project was held on October 26 last year where the Planning Commission recommended for implementing the project subject to restructuring of some of the components of the project.