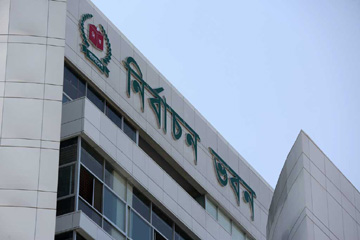 "The Members of Parliament (MPs) don't hold any office, do not use any government vehicle and government officials are not attached with them...They also do not hold any office of profit...So, the commission recommended the MPs be excluded from the "Very Important Person" (VIP) definition. They can take part in the city corporation election campaigns," said EC Secretary Helaluddin Ahmed.

He was addressing at a press briefing after an EC meeting at Nirbachon Bhaban here.

He said 11 amendments were proposed in the existing Local Government (City Corporation) Act 2016.

The secretary said as the MPs do not hold any position in any office of profit, the EC has recommended that they be excluded from the VIP definition.

But they will not be able to use circuit houses or government houses during the election campaign, as per the new amendments, Ahmed said.

The approved proposals will soon be sent to the Law Ministry for vetting, he added.