Widow allowance to be introduced in Dhaka soon: Menon 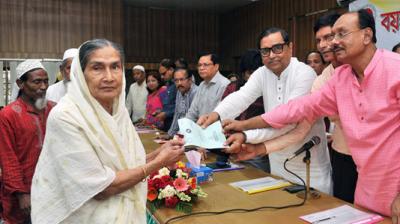 "Except Dhaka, widows across the country are getting allowances.... We are realizing that widows in Dhaka should be given allowances," he told a function at the AGB Colony Community Centre here, an official release said.

Councilors of different wards in Dhaka city, leaders of Awami League and officials, among others, addressed the function with Director of Dhaka Divisional Social Service Tapan Kumar Saha in the chair.