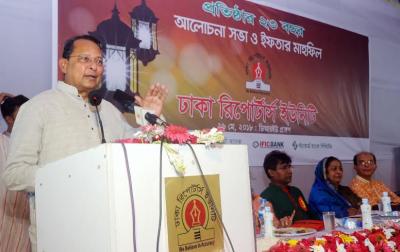 DHAKA, May 27, 2018 (BSS)- Information Minister Hasanul Haq Inu, MP, announced yesterday that the much anticipated Dearness Allowance (DA) for journalists, as recommended by the Wage Board, would probably be gazetted next week(week starting Sunday).