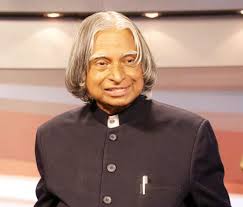 DHAKA, Aug 3, 2015 (BSS) - APJ Abdul Kalam, the former
president of India, in some of his important speeches mentioned
with great respect the name of Father of the Nation Bangabandhu
Sheikh Mujibur Rahman.

Kalam in his speeches expressed very candid and clear views
about Bangabandhu and referred his name as a unique and visionary
leader while advising the young generation to follow in his
footprints to achieve their individual goals and to become
someone to be remembered by others.

"You have to ask yourself for what I'll be remembering for!"
the scientist advised a predominantly young audience in Dhaka
last year when he came here to attend the 110th year celebration
of the country's premier trade body, Metropolitan Chamber of
Commerce and Industry (MCCI).

During his three-day visit on this occasion, he delivered
speeches to select gatherings of politicians, economists,
scientists, educationalists, journalists and other civil society
members and a big group of students.

While addressing one such gathering at Bangabandhu
International Conference Centre (BICC) in the capital city, he
pointed to the dazzling lights of the ceiling of BICC's "Hall of
Flame" and insisted the audience to look up to the dome. Then
some words to be remembered for all the time came from his usual
affectionate voice.

"Dear friends, look up, what do you see, the lights. Our
thoughts go to the inventor Thomas Alva Edison, for his unique
contribution towards the invention of electric bulb and his
electrical lighting system.

Kalam, known as the "people's president", used to address his
audience as "dear friends", bringing them close to his mind and
heart while delivering speeches.

In the same speech, he continued: "Who does the telephone
remind you of? - Alexander Graham Bell. What name comes to your
mind about the birth of Bangladesh? - Sheikh Mujibur Rahman,"
said the 11th president of India, who preferred a life of
educating people, especially the young generation on how to fight
against all odds to achieve their goals.

In the speech, he appreciated the visionary and innovative
leadership of Bangabandhu, with telling the youths to dream to
achieve like the "visionary leader Bangabandhu Sheikh Mujibur
Rahman".

As Bangabandhu did, Kalam suggested students to be involved
in politics with upholding the honesty in the heart and the
beauty in the character.

Like Bangabandhu, Kalam on many occasions expressed his
desire and came up with specific recommendations to help expedite
the development endeavours of Bangladesh towards alleviating
poverty.