"Bangabandhu's glorious contribution to Islam will be remembered forever" 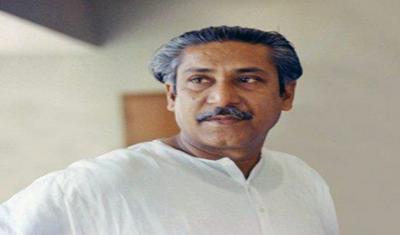 DHAKA, Aug 8, 2015(BSS) -"The contribution of the Father of the Nation Bangabandhu Sheikh Mujibur Rahman in establishing Islamic values within the framework of a multi-religious society is a glorious chapter in the history of the nation," Islamic scholars said.

In the spirit of the Medina Doctrine of Prophet Mohammad (pbuh), Bangabandhu ran the country in full compliance with the best traditions of Islam.

He established the Islamic Foundation, Madrashah Education Board, allocated 160 acres of land in Tongi for the second largest congregation of Islam - the Bishwa Ijtema, made Bangladesh a member of the Organization of Islamic Cooperation (OIC), organized for the first time Hajj pilgrimage under state patronage, banned alcohol and gambling and introduced the publicity of verses from the Quran and Hadith in state-owned television and radio.

In a book published by the Foundation, its writers Principal Shajahan Alam Shaju and Dr Mohammad Ashraful Alam said that Bangabandhu was the descendant of Sheikh Awal who was one of the disciples of Baized Bostami (R). Bangabandhu is the seventh generation of that saint, the book said.