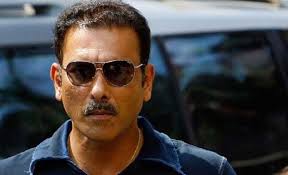 DHAKA, August 10, 2015 (BSS)- "It's not merely the address of the soul, but number 32 Dhanmondi is the address of all time sorrows of Bangalees. It's natural to become moved and choked going through the house, its lush green lawn and seeing the memorable exhibits, used items and incidents in the life of Bangabandhu on display inside. It's natural not to remain natural (there)."

This was the observation of Director of the Indian Cricket Squad and eminent commentator Ravi Shastri, who was overwhelmed after visiting Bangabandhu Memorial Museum at Dhanmondi Road-32 in the city on June 16.

Ravi Shastri, former skipper of Indian Cricket squad, expressed his feelings saying that those who would come to visit Bangladesh must go through the museum at least for once.

"I came here (Museum) for the first time and getting back with a memorable experience. I could now realise as to why he (Bangabandhu) has always been fondly called as a great human soul. Everything what I watched here touched my heart. Those who would come to visit Bangladesh must turn up here at least for once," he wrote in the visitor's book after going through Bangabandhu Memorial Museum.

Ravi Shastri, also a regular member of Indian Cricket squad from 1987-1990, along with four officials of the Indian Cricket Team came to visit the museum during its Bangladesh visit in June and had gone through all its galleries of exhibits carrying the loving memories of Father of the Nation Bangabandhu Sheikh Mujibur Rahman, who along with most of his family members were assassinated in a military putsch on the fateful night of August 15 in 1975.

The daily Ananda Bazar Patrika of Kolkaka carried a story in its June 16 issue with a headline: 'Ravi Shastri was thunderstruck after reaching the cursed stairs' (of Bangabandhu Bhaban), once the residence of the founding father of the nation and now transformed into a museum.