Special prayers offered for Bangabandhu, other martyrs of Aug 15 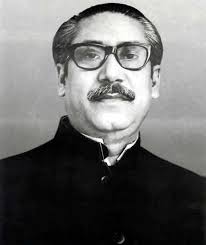 DHAKA, Aug 12, 2106 (BSS)- Thousands of musullis today during the Juma prayer in the capital and elsewhere across the country offered special prayers and doa seeking eternal peace of the souls of the Father of the Nation Bangabandhu Sheikh Mujibur Rahman and other martyrs of the August 15 in 1975.

A spokesman of Islamic Foundation, Bangladesh told BSS that a special prayer was held at the Baitul Mukarram national mosque during the Juma prayer where musullis sought eternal peace of the departed souls of Bangabandhu and other family members, brutally assassinated by a group of disgruntled army personnel on the fateful night of August 15.

They offered a special munajat, seeking blessings of Almighty Allah for peace and development of the country, welfare of the people and greater unity and integrity of the world Muslims. During the munajat, people also prayed for divine blessings to help strengthen national unity against all odds and destructive activities, including terrorism and militancy.

They also prayed for Prime Minister Sheikh Hasina in the munajat and wished her long live to ensure peace and prosperity of the country.

Reports reached here from different corners of the country also said that Muslim devotees in their Jumma prayer offered special milad and doa praying for eternal peace of the Father of the Nation and other August 15 martyrs and also the people who embraced martyrdom in different democratic movement as well as during the 1971 Liberation War.

Leaders and workers of Awami League (AL) and its associate bodies today also offered special prayers at all mosques and other places of worship across the country.

People also converged to the mazar of Bangabandhu at Tungipara in Gopalganj and paid rich tribute to him by placing wreaths and offering special prayers.

Nation will pay their rich tribute to Bangabandhu and other martyrs and offer special doa on August 15.