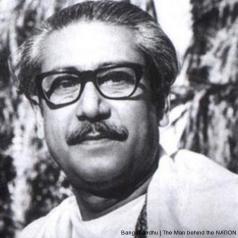 By Abu Syed
DHAKA, Aug 14, 2106 (BSS)- Leaders of different states, including heads of the government, have remembered the uncompromising and charismatic leadership of the Father of the Nation Bangabandhu Sheikh Mujibur Rahman with 'deep respect', calling Mujib a great visionary statesman of international stature.

The world leaders, during their visit to Bangabandhu Memorial Museum in capital's Dhanmondi area at different times, said Sheikh Mujib was a leader of the masses and he made his supreme sacrifice for the people.

They made their comments in the "Visitors' Comment Book" at Dhanmondi Bangabandhu Bhaban, where the Father of the Nation and most of his family members were assassinated in an orchestrated conspiracy of reactionary forces and by a section of disgruntled and ambitious army personnel to reverse the reasons and the values of our War of Liberation so they could achieve their vicious ambitions.

Indian President Pranab Mukherjee remembered Bangladesh's founding President Bangabandhu Sheikh Mujibur Rahman as a trailblazer who fought for establishing people's rights and dignity in one of the most profound struggles for liberation in the twentieth century.

"With utmost respects, I pay homage to Bangabandhu Sheikh Mujibur Rahman. The title of Bangabandhu bestowed on him reflects the extraordinary love that this patriot had for the people of his country," the Indian President wrote it in the visitors' comment book after a visit here on March 4 in 2013.

He added: "I salute this great visionary and international statesman, who worked for friendship between the people of our countries. He was a leader of the masses and made the ultimate sacrifice in their service."

Former President of the Federal Republic of Germany Christian Wulff also called Bangabandhu Sheikh Mujibur Rahman a great statesman, expressing his great esteem for him as "the architect and Father of the Bangladesh nation".

"This memorial reminds us of a great statesman who fought for the rights and dignity of his people and was steadfastly committed to independence and national unity," Wuff wrote in the book.

Former Indian Prime Minister Dr Manmohan Singh, who visited the museum on September 7 in 2011, paid homage to Bangabandhu calling him a great visionary and statesman who laid a firm foundation for an independent, strong and proud Bangladesh.

"Bangabandhu Sheikh Mujibur Rahman led his people in their struggle for liberation through his inspired and courageous leadership," Dr Singh added.

Indian National Congress President Sonia Gandhi visited the Bangabandhu Memorial Museum on July 25 in 2011 as the Chairperson of the National Advisory Council of India.

She put her comment on the visitors' book saying, "I pay my homage to a visionary leader and statesman Bangabandhu Sheikh Mujibur Rahman, who demonstrated 'resolute courage' in the face of adversity, enduring hardships and indisposition in the quest for freedom."

She mentioned that Bangabandhu sought to empower his people in many ways and his sacrifice and struggle for the country's independence and people's cherished destination would always be honoured forever.

Ms Yingluck Shinawatra, former Prime Minister of Kingdom of Thailand, paid her rich tribute to the memory of the Father of the Nation. She visited the museum on December 22 in 2012.

Mamata Banerjee, Chief Minister of West Bengal, India, recalled the contributions of Bangabandhu to uphold the dignity of Bengali language as a mother tongue in the world arena.

Commenting on the visitors' book of the Bangabandhu Memorial Museum, Mamata said he was an inspiration of all freedom-loving people in the sub-continent.

"Bangabandhu Sheikh Mujibur Rahman was the supreme commander of the Liberation War, architect and founding father of People's Republic of Bangladesh. I pay deep respect to the memory of the great leader," she mentioned.