Anisul for commission to identify masterminds of Bangabandhu killing 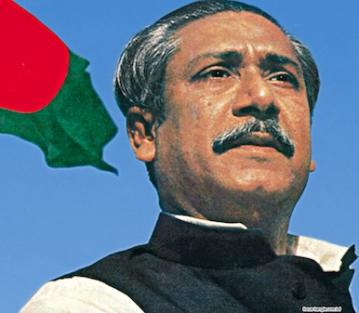 DHAKA, Aug 20, 2016 (BSS) - Law, Justice and Parliamentary Affairs Minister Anisul Huq today opined for forming a commission to identify the masterminds behind the killing of Father of the Nation Bangabandhu Sheikh Mujibur Rahman.

"We need to identify the people those masterminded the killing. We are thinking about forming a commission. We have been able to punish the people who were involved with that heinous incident directly. If we could have brought the killers like Mushtaq (Khandaker Mushtaq Ahmed) and Mahbubul Alam Chashi or the fugitive killer Rashid (Khandkar Abdur Rashid) to justice, then we will be able to identify the masterminds," he said.

The minister came up with the observation while addressing a blood-donation camp marking the 41st Martyrdom Anniversary of Bangabandhu Sheikh Mujibur Rahman, organized by the office of the Attorney General at the Supreme Court here this morning.

Attorney General Mahbubey Alam and other officials of his office were present on the occasion.

The minister also said that the verdict in the case 21st August grenade attack case will be pronounced soon as the proceedings of the lawsuit are now at the fag end.

While answering the question on what steps the government has so far taken to bring back the fugitives in the case including Tarique Rahman, Anisul said, "I just want say that our efforts are on to bring them back."