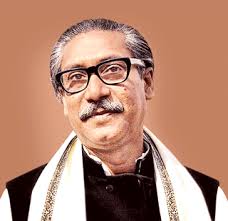 DHAKA, Aug 8, 2017 (BSS)-Father of the Nation Bangabandhu Sheikh Mujibur Rahman rehabilitated 1,47,323 landless families through allocating 1,67,830 acres of khas land for them during his three and a half years tenure.

It was the Bangabandhu government which first took initiatives for constructing "guchhcho gram" (cluster villages) in the country for the rehabilitation of the landless, distressed and river erosion-affected people.

As many as 1,470 families were rehabilitated in the seven cluster villages.

At the beginning of rebuilding the war-ravaged country, the Father of the Nation embarked on rehabilitation and arrangement for food for two crore displaced people. In this regard, he took a six-month-long rehabilitation programme till June 1972.

The aim of the programme was to bring back the refugees from India, arrange temporary housing for homeless people and reestablish farmers, workers, blacksmiths, potters and weavers in their economic life.

Nearly one crore refugees returned home from India by January 1972. With the cooperation of the United Nations and other friendly countries, the Bangabandhu government placed a "rehabilitation budget" having the Annual Development Programme of Taka 550 core without imposing any fresh tax.

The government constituted the Planning Commission and later adopted the first five-year plan with Tk 4,455 core.

Under the post-war rehabilitation programmes, arrangements were made to distribute 1.41 lakh maunds of food grains, reconstruct nine lakh houses and disburse 9000 plots among the landless, distressed and affected people.

The government houses worth about Tk 10 crore were damaged in the liberation war, while the devastation in the private sector houses was Tk 825 crore.

At the initiatives of Bangabandhu, arrangement for money was made in the "cyclone preparedness programme". As a result, training was given to 20,430 volunteers, while over one hundred multi-storied shelter centres and 137 "matir kellas" with 15-metre high each were constructed.

There were arrangements for shelter of livestock alongside the people in these soil-made forts which are locally known as "Mujib Kella".

Bangabandhu inaugurated a Mujib Kella at Poragachha under Ramgati upazila in Laksmipur on February 20 in 1972 and asked the then Noakhali district administration to rehabilitate the river erosion-affected, distressed and homeless people on the government khash lands.