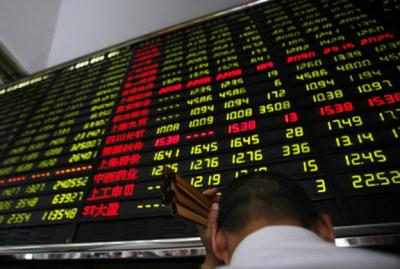 HONG KONG, May 21, 2018 (BSS/AFP) - Asian markets rallied Monday and the dollar extended gains after the US and China said they had agreed to hold off imposing tariffs, averting a potentially damaging trade war.

After high-level talks in Washington the two economic superpowers revealed a deal had been hammered out, ending months of tension that have sent financial markets into a frenzy.

Treasury Secretary Steven Mnuchin told Fox News on Sunday "right now we have agreed to put the tariffs on hold" while Xinhua reported China's Vice Premier Liu He as saying "the two sides reached a consensus, will not fight a trade war, and will stop increasing tariffs on each other".

While short on detail, the announcement provided much relief to investors, who had been fearing the imposition of levies on billions of dollars of exports between the two sides.

"The latest statement on the China-US trade suggests both parties are happy to avoid the dreaded tit-for-tat escalation while working towards a more market-friendly bilateral trade agreement," said Stephen Innes, head of Asia-Pacific trade at OANDA.

"But the intentional vagueness delivered by both parties' statements suggests a great divide, but there's a hint of a consensus, none the less, to bridge that gap. So given the possible worst-case scenario was avoided the market should view the latest trade discussions as a favourable."

Hong Kong led gains in Asia, climbing 1.3 percent and Shanghai was up 0.4 percent. Tokyo jumped 0.5 percent by the break as the weaker yen helped Japanese exporters.

The positive news also lifted the dollar, which had faced some selling pressure after Donald Trump earlier in the year imposed tariffs on steel and aluminium imports.

The greenback was sitting at its highest level against the euro since December, while it was at a four-month peak against the yen.

"After the US-China agreement on backing off from imposing trade tariffs on each other, one risk-off factor was removed, which pushed the dollar up against the yen," Marito Ueda, senior dealer at FX Prime in Tokyo, told AFP.

Traders are awaiting the release on Wednesday of minutes from the Federal Reserve's latest policy meeting, hoping for fresh clues about its plan for raising interest rates.

Continuing improvement in the US economy has fanned expectations the central bank will lift borrowing costs four times this year.