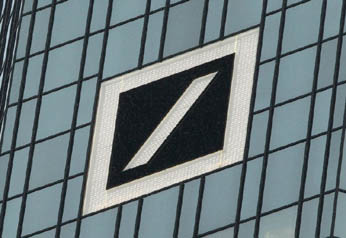 FRANKFURT AM MAIN, May 27, 2018 (BSS/AFP) - Germany's biggest lenders have shied away from business with Iran after past penalties for breaching US sanctions, but smaller banks have leapt on opportunities afforded by the nuclear deal rejected by Donald Trump.

There are just months to go until a November deadline issued by Washington after the US president abandoned a hard-fought agreement that loosened business restrictions on the Islamic Republic in exchange for Tehran giving up its pursuit of nuclear weapons.

But some firms plan to press on in their dealings with Iran despite the looming threat of penalties.

"We will continue to serve our clients," for now, said Patrizia Melfi, a director at the "international competence centre" (KCI) founded by six cooperative savings banks in the small town of Tuttlingen in southwest Germany.

The centre, which supports companies operating in sensitive markets like Iran or Sudan, has seen demand "rising sharply in the last few years, from firms listed on the Dax (Germany's index of blue-chip firms), from all over Germany and from Switzerland," she added.

Such figures remain vanishingly small compared with Germany's 111.5 billion euros in exports to the US -- its top customer.

Nevertheless, the KCI will "wait and see what the sanctions look like" before turning away from Iran, Melfi said.

Already, firms dealing with Tehran must take great care not to fall foul of US restrictions.

Transactions are carried out in euros, and the KCI does not deal with businesses that have American citizens or green card resident holders on their boards.

What's more, products sold to Iran cannot contain more than 10 percent of parts manufactured in the US.

One of the most important inputs for the business is "courage among our managers" given the high risks involved, Melfi said.

Germany's two biggest banks, Deutsche Bank and Commerzbank, avoid Iran completely after being slapped with harsh fines in 2015 over their dealings there, with Deutsche alone paying $258 million in penalties.

DZ Bank, which operates as a central bank for more than 1,000 local co-op lenders, is withdrawing completely from payment services there, a spokesman told AFP.

That left KCI to seek out the German branch of Iranian state-owned bank Melli in Hamburg.

Even that linkage could break if Iran's biggest business bank appears on a US list of barred businesses as it has before.

"We will be looking even more closely at those" in the future, a person familiar with the trade told AFP.

Elsewhere in the German economy, the European-Iranian Trade Bank (EIH) founded in 1971 is another conduit to Tehran.

Also based in Hamburg, it for now remains "fully available to you with our products and services", the bank assures clients on its website, although "business policy decisions by European banks may result in short term or medium term restrictions on payments".

Neither does the Bundesbank (German central bank) believe that much has so far changed for business with Iran.

"Only the European Union's sanctions regime will be decisive", if and when it is changed, the institution told AFP.

Any payment involving an Iranian party would have to be approved by the Bundesbank if things return to their pre-January 2016 state.

German banking lobby group Kreditwirtschaft has called on Berlin and other EU nations to clarify their stance -- and to make sure banks and their clients are "effectively protected against possible American sanctions".

KCI's Melfi said time is running out for EU governments to act.

"Many firms just want to stop anything with Iran, since they can't calculate the risk of staying," she noted.

On Friday for the first time since the Iran nuclear deal came into force in 2015, China, Russia, France, Britain and Germany gathered in Vienna -- at Iran's request -- without the United States, to discuss how to save the agreement.