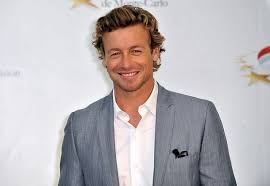 The movie adapts Australian novelist Tim Winton's iconic coming-of-age novel of the same name that became notorious for its depiction of "breathplay" -- an extreme sex act involving strangulation or suffocation.

But the unconventional sex has proved less controversial than the tender age of one of the movie's leads, played by teen newcomer Samson Coulter, who is seduced into bed, underage, by 27-year-old Elizabeth Debicki's character.

Mark Powell, the associate pastor of Cornerstone Presbyterian Church in the suburbs of Sydney, noted in a column for Australia's Spectator magazine that Winton had been outspoken regarding "toxic masculinity."

"So, why isn't anyone concerned with the 'toxic femininity' that Winton is presenting?" he asked, noting a recent spate of sex scandals in Australia involving female teachers and their high school students.

Powell referred to a 2012 research paper on Winton's novel by Colleen McGloin of the University of Wollongong, which suggests the seduction of a 15-year-old boy by a grown woman could be read as "a representation of paedophilia."

"Breath" -- out in the US on June 1 -- is the directorial debut of veteran Hollywood actor Simon Baker, who starred in "L.A. Confidential" and "The Devil Wears Prada" but is best known in his native Australia for his television work on global hit "The Mentalist."

The 48-year-old father-of-three stars as ex-champion board rider Sando, who forms an unlikely friendship in the 1970s with teenage friends Pikelet (Coulter) and Loonie (Ben Spence).

Sando's mercurial wife Eva (Debicki) is stuck mostly in their remote coastal house thanks to a traumatic knee injury that curtailed her career as a champion freestyle skier.

Chasing danger by other means, she initiates Pikelet into the adult arena of experimental sex, coercing him into letting her asphyxiate herself with a plastic bag and a belt as they make love.

Coulter -- who is now 18, although he shot the movie two years ago -- reportedly admitted at the Western Australia premiere he was petrified before filming the scenes, but was given confidence by a supportive cast and crew.

"The story was profoundly relatable for me. It feels in some parts autobiographical," Baker says in behind-the-scenes footage released by Screen Australia, which invested $2 million in the movie.

"And I think that's the beauty of the book in a sense, because it resonates for a lot of people in that familiar terrain of figuring out who you are and that defining moment when you become an adult."

Once reputedly the domain of the prison system, "breathplay" was eventually co-opted by the bondage crowd, with participants -- known as "gaspers" -- using various paraphernalia, from gas masks to plastic bags.

In "Breath" the practice is incorporated into sex, but it is often enjoyed alone -- a much more risky pursuit as there is no one around to dial the emergency services if things go south.

It is notoriously difficult for coroners to distinguish between people whose sense of adventure has cost them their lives and those who have deliberately killed themselves.

Victims include Stephen Milligan, a British lawmaker found dead in women's underwear, INXS frontman Michael Hutchence, whose 1997 strangulation by his belt was controversially ruled as a suicide, and actor David Carradine, found hanging in a Bangkok hotel room.

"Breath" came out in Australia earlier this month following its world premiere at last year's Toronto film festival and, beyond conservative media and academic papers, has been warmly received by critics.

"The film has a kind of workmanlike quaintness to it, offering a number of surfing and underwater sequences that are both terrifically accomplished and so modest as to not call attention to just how well-made they really are," wrote Ben Kroll of The Wrap.

"Though the story moves into legally dubious territory during its third act, Baker continues to treat it with surfer's cool remove."