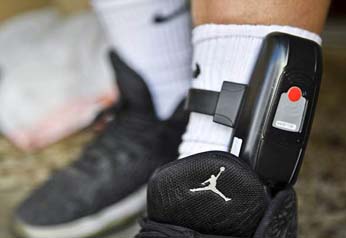 CANBERRA, May 23, 2018 (BSS/XINHUA) - Australia's leading telecommunications provider was at fault for blackouts across South Australia, Northern Territory and Queensland this week that left up to 900 criminals untraceable.

But it was the Telstra outage on May 4 which created a more prolonged predicament for authorities in the Northern Territory, with services stalled for up to four days in some cases.

Prisoners serving sentences at work camps and people on community correction orders, many of whom have to wear the electronic bracelets, were off radar during the two outages.

"The safety of the public is always a priority and electronic monitoring bracelets are only one of a number of ways people on parole or community corrections are monitored," a spokeswoman from the NT Correctional Services said on Wednesday.

"The issue of preventing or fixing Australia-wide G4S outages is the responsibility of Telstra."

A Telstra spokesperson said on Wednesday tracking devices "should automatically reconnect when the network is restored."

"In the case of all outages Telstra works to restore services as quickly as possible," the spokesperson added.

South Australia does not use the devices to geolocate prisoners, only individuals on parole, on bail or completing their sentences in the community.

Security contractor G4S, that leases the systems to government agencies, declined to comment following a request from one Australian news outlet.

The electronic monitoring system is designed to provide round-the-clock monitoring to ensure criminals are obeying curfew orders and not entering exclusion zones.