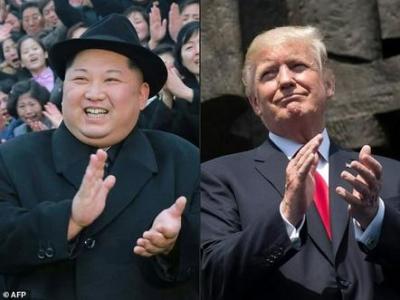 WASHINGTON, May 17, 2018 (BSS/AFP) - If it actually takes place, the historic summit between North Korean leader Kim Jong Un and US President Donald Trump -- currently slated for June 12 -- will focus on the "denuclearization" of the Korean peninsula.

But what that phrase actually means to both sides may differ widely, as will the price each one is willing to pay to get there.

The North Korean leader surprised the world in early March when he said he was ready to discuss with the United States -- his sworn enemy -- a "denuclearization" after months of rising tensions swirling around his nuclear ambitions and long-range missile tests.

It is difficult to know what he meant, all the more so since his words were mostly conveyed through foreign intermediaries.

But in a joint declaration with South Korea's President Moon Jae-in in April, the two leaders set out a "common goal of realizing, through complete denuclearization, a nuclear-free Korean peninsula."

North Korea also pledged to dismantle its only known nuclear test site later in May, even if several experts have downplayed the significance of the move.

Kim has justified the end of the nuclear tests by saying that the development of the North's nuclear force is complete and that it had no further need for the site.

Does that mean he will agree to scrap his nuclear arsenal, developed at great cost to ward off any potential foreign threat to his regime? He has not clearly promised to do so yet.

Yet Washington is demanding a "complete, verifiable and irreversible denuclearization of North Korea."

Trump said it is very simple: "That means they get rid of their bombs."

It would also entail revealing where their nuclear arms are stored and opening up their facilities to extremely strict inspections and possibly transporting their weapons to the United States to be disposed of.

It would further mean getting rid of uranium enrichment plants and their stockpile of strategic and intercontinental missiles.

Washington also wants to see an end to North Korea's inventory of chemical and biological weapons.

That process, if North Korea does agree to comply, will take some time, possibly even years. How then to lead them back into the international fold without delay, as the United States has said it wants to do?

The Americans want at all costs to avoid a step-by-step process where every North Korean concession is reciprocated with an easing of the international pressure that Washington says brought the North to the bargaining table in the first place.

US Secretary of State Mike Pompeo is dangling the opportunity of international private investment in the North and the future prospect of a lifting of crippling international sanctions.

But that can only come after the process of denuclearization has passed the point of no return, something which will be difficult to assess.

"The only realistic approach today is one of sequencing, which would mean a freeze followed by a progressive destruction of installations in return for a lightening of sanctions and progressive confidence-building measures, including a peace treaty," said Boris Toucas, a visiting researcher at the Center for Strategic and International Studies in Washington.

But he warned that there is "nothing at this stage to indicate that North Korea isn't simply buying itself some time."

In the meantime, both sides have made some gestures: the liberation of three Americans who had been detained in North Korea, and the mere fact that Trump has promised to even hold a summit, which grants some international recognition to the pariah state.

The only known demand of the North Koreans is to do with security.

"The prior condition for denuclearization is putting an end to any hostile policy towards North Korea" and to "nuclear threats," said a senior regime official.

There too, tensions could arise in talks.

The Trump administration has promised not to seek to bring about regime change and Pompeo has even floated the possibility of issuing security guarantees to the North.

Pyongyang most likely wants a peace treaty with the South and with the United States to formally end the Korean War that finished in an armistice in 1953. That could include guarantees, yet to be specified, for the survival of the North Korean regime.

But the question comes back to the issue of "denuclearization of the Korean peninsula," and whether the North includes in that the withdrawal of 30,000 US troops deployed in the South, as it has stated in the past.

Trump has said troop withdrawal will not be on the agenda at the forthcoming talks but has not ruled it out in the longer term.

Another issue is joint maneuvers between US and South Korean forces, which Kim has long denounced as a provocation. Rising tensions over the past week may mean that their future, too, may be discussed at the summit.

"The wind can change very quickly in response to the needs of the moment and the desire to squeeze out concessions from the other side," said Toucas.