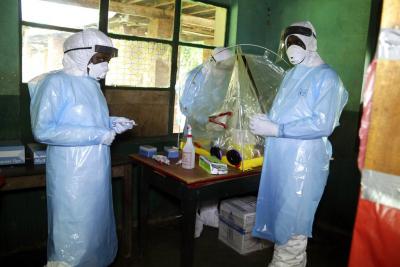 GENEVA, May 18, 2018 (BSS/AFP) - The number of suspected, probable and confirmed Ebola cases in the Democratic Republic of Congo has risen to 45, with 25 people dead, the World Health Organization said Friday.

WHO spokesman Tarik Jasarevic, who gave the figures to reporters in Geneva, said that 14 of the cases had been confirmed as the deadly Ebola virus following laboratory tests.