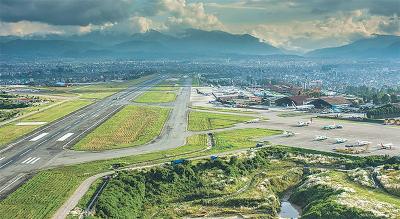 KATHMANDU, May 21, 2018 (BSS/Xinhua) - The Tribhuvan International Airport (TIA), Nepal's only international airport, will remain open for 21 hours a day starting from Monday, extending opening hours by two and half hours a day, TIA authority said.

Until Sunday, TIA remained open for 18 hours 30 minutes a day. The TIA authority said that it extended the opening hours due to a sharp growth in air passenger traffic.

Due to heavy passenger traffic in the country's sole international gateway, airlines have been forced to hold the planes in the sky for several minutes.

"Once the TIA opens at 6 am on Monday, it will remain open until 3 a.m. next day and this schedule will continue in upcoming days," Raj Kumar Chhettri, general manager of TIA, told Xinhua on Sunday evening.

The TIA authority's move is expected to ease existing traffic congestion in both the air and the ground.