9 die due to Nipah virus outbreak in southern India 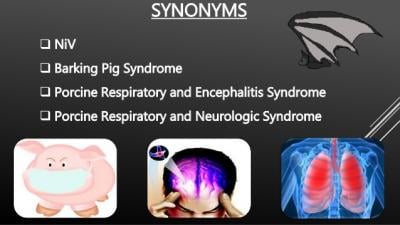 NEW DELHI, May 21, 2018 (BSS/Xinhua) - At least nine people have died due to Nipah virus outbreak in the southern Indian state of Kerala, health officials said Monday.

"Some nine people have succumbed to the deadly virus in the state's Kozhikode and Malappuram districts in the past 24 hours after being hospitalised for fever. Three of these deaths took place late Sunday night," a senior health official said.

"Several others affected by the virus are under treatment at government hospitals in these two districts," he added.

Meanwhile, Indian Health Minister J.P. Nadda has directed a central team, led by the head of National Centre for Disease Control (NCDC), to visit Kerala to assist the state government in the wake of the deaths.

Health officials said the state government is working on war footing to tackle the outbreak of the deadly virus.

"An isolation ward has already been opened in Kozhikode Medical College and Hospital and a special task force has been formed to tackle the situation. The state government has cancelled the leaves of the doctors and the paramedical staff," another health official said.

Nipah virus is an emerging infectious disease that broke out in Malaysia in 1999, and first affected domestic animals before humans. The organism that causes the virus is an Ribonucleic acid virus of the family Paramyxoviridae, genus Henipavirus.