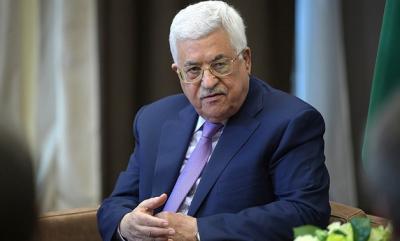 A spokeswoman for the Istishari Arab Hospital near Ramallah in the occupied West Bank said the 83-year-old was doing well but there was no timeframe for his discharge as yet.

Abbas's health is the subject of regular speculation, with no clear successor identified.

"The president is suffering from an inflammation of the ear that developed following the operation he undertook recently," Erekat told AFP.

A source familiar with his condition had earlier said he was suffering from chest pain and a high fever.

It is the third time Abbas has been in hospital in a week, initially for the ear operation on Tuesday then for tests on Saturday.

Abbas won a four-year term as president in 2005, but he has remained in office in the absence of elections.

Abbas argues the split between his Fatah party and Islamists Hamas, who control the Gaza Strip, has made elections politically impossible.

A moderate, he has been involved in decades of negotiations with Israel but is unpopular among Palestinians, with the majority wanting him to step down.