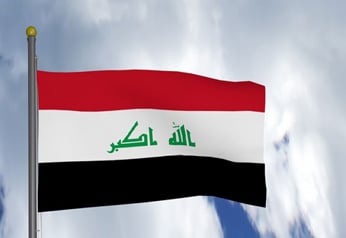 DUBAI, May 22, 2018 (BSS/AFP) - Saudi Arabia should avoid turning Iraq into a "battleground in a cold war" with its regional rival Tehran, the International Crisis Group said on Tuesday.

The key populist Shiite leader, seen as resisting Iran's influence in Iraq, made a surprise visit to Riyadh last year.

But a group of Iran allies won second place in last week's polls, raising fears of a new proxy confrontation between Tehran and Riyadh which are already at odds in the Yemen and Syria conflicts.

"In projecting its influence in Iraq, Riyadh should resist the temptation to transform the country into the latest battleground in a cold war with Tehran," the ICG said in a report.

While Saudi Arabia supported Iraq in its war with Iran during the 1980s, Riyadh was on the frontline against Saddam Hussein's 1990 invasion of Kuwait.

Relations have warmed between Saudi Arabia and post-Saddam Iraq since last year after a series of visits by officials from both countries, the reopening of a border post for the first time in 27 years, and the resumption of commercial flights.

In March, Saudi King Salman promised Iraq to finance the construction a football stadium with a capacity of up to 100,000 people.

"Saudi Arabia's renewed interest in engaging with Iraq overtly derives from a desire to counter Iranian influence," said the ICG.

"The kingdom's financial might gives it leverage, but not enough to have things its way," said the Brussels-based think-tank, while welcoming the Saudi commitment to mainly Shiite Iraq.

"If Riyadh tries to do too much too soon, it could become mired in bureaucracy and corruption - or even provoke an Iranian reaction," it said.

The ICG advised the Saudi government to help strengthen the Iraqi state and focus on economic engagement.

"Efforts should focus on reconstruction, job creation and trade, with an eye toward balancing investment across the country," it said.

ICG said that Tehran for its part "should encourage Iraq's efforts to diversify its regional alliances".