65 die of heatstroke in Pakistan's Karachi 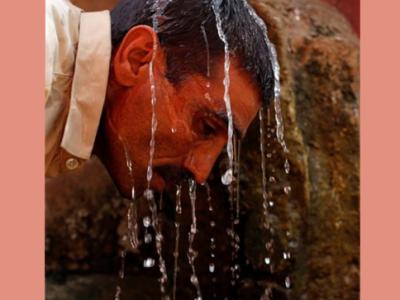 ISLAMABAD, May 22, 2018 (BSS/Xinhua) - At least 65 people died due to heatstroke during the last three days in different parts of Pakistan's southern port city of Karachi, where temperature hit 44 degrees Celsius, local media quoted a social welfare group Edhi as saying on Tuesday.

Faisal Edhi, the head of Edhi Foundation that operates morgues and an ambulance service in the country, told local media that 114 bodies were brought to the foundation's morgues in the city's Korangi and Sohrab Goth areas in the past three days, out of which at least 65 had died from heatstroke.

Edhi said that most heatstroke victims had died at their home without getting any medical help on time, adding that the youngest victim was six- years-old while the oldest one was 78, according to the reports.

However, local health authorities denied the claim, said the reports.

Pakistan Meteorological Department issued a heatwave warning for Karachi saying that the hot weather is expected to stay between 40 to 43 degrees in daytime throughout the week.