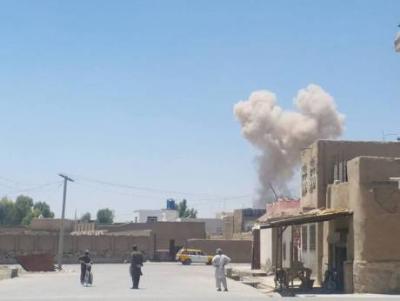 KANDAHAR, Afghanistan, May 22, 2018 (BSS/AFP) - The death toll in a blast in the southern Afghan city of Kandahar has risen to at least 16 dead with 38 wounded, mostly civilians, hospital and provincial figures said Tuesday.

"The latest figures show 16 dead and 38 wounded people brought to the hospital. We still have two ambulances at the site because there might be more people under the rubble," Dr Nehmat Barak, chief of the Mirwais Hospital in Kandahar, said.

The figures were confirmed by the provincial governor's spokesman.