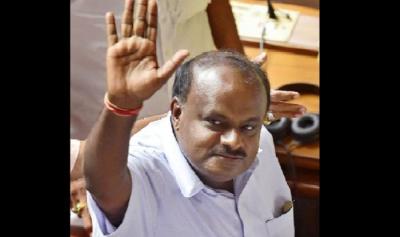 The state's Governor Vajubhai Vala will administered oath of office and secrecy to Kumaraswamy at the grand steps of Vidhana Soudha (the Assembly House).

Officials said Congress leader G Parameshwar will be sworn-in as deputy chief minister and another Congress party legislator Ramesh Kumar will be sworn in as the Speaker of Assembly.