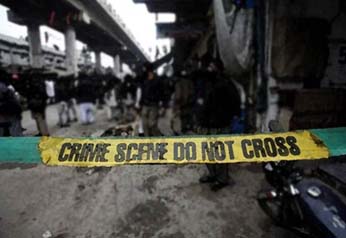 BENGHAZI, Libya, May 25, 2018 (BSS/AFP) - At least seven people were killed and around twenty others injured late Thursday in a car bomb attack in the centre of Benghazi in eastern Libya, a local security official told AFP.

The bomb exploded close to the Tibesti hotel on a busy road where many people go to celebrate during the month of Ramadan, the official said, adding that the victims were civilians.

No group has yet claimed responsibility for the attack but the Libyan official blamed the assault on "terrorist sleeper cells who want to send a message that Benghazi is not safe".

Libya has been rocked by chaos since a 2011 uprising which toppled and killed dictator Moamer Kadhafi, with two rival authorities and multiple militias vying for control of the oil-rich country.

Military strongman Khalifa Haftar in July announced the "total liberation" of Benghazi, three years after his forces launched a military operation to seize the city from jihadists who had made it a stronghold following the revolution.

But clashes and attacks in the city have continued, including against diplomatic facilities and security forces. Almost 40 people were killed following a double car bomb attack in front of a mosque in January. In February, another attack left one person dead and nearly 150 wounded, also in front of a mosque.

Haftar supports a parliament based in the far east of Libya, while a rival United Nations-backed unity government in the western capital Tripoli has struggled to assert its authority outside the west of the country.

Earlier this month Haftar returned to Benghazi after a two-week stint in a Paris hospital to launch a new anti-jihadist offensive.

Presenting himself as the scourge of Islamist militancy, he announced the start of a military campaign to retake the eastern city of Derna from jihadists.

The city is the only part of eastern Libya to remain out of the control of Haftar's Libyan National Army, which has the backing of Egypt and the United Arab Emirates.

It is currently held by the Mujahideen Shura Council of Derna, a ragtag collection of Islamist and jihadist militias that includes Al-Qaeda and is hostile to both Haftar and the Islamic State group.

Haftar was also celebrating the fourth anniversary of his ongoing anti- jihadist "Dignity" operation, initially launched in 2014 to retake Benghazi after it fell to hardline militias.

Separately, a suicide attack in early May claimed by the Islamic State group against the headquarters of the electoral commission in Tripoli killed more than a dozen people.

The international community is pushing for elections in Libya that it hopes will help calm the turmoil that has plagued it since Kadhafi's fall.