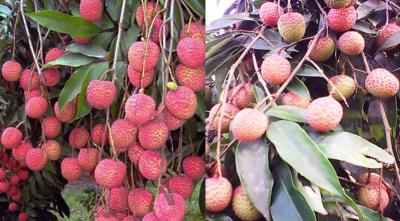 RANGPUR, May 18, 2018 (BSS) - The farmers have started harvesting the juicy, tasty and fleshy seasonal fruit litchi that has already appeared in the local markets of Rangpur agriculture region.

Officials of the Department of Agriculture Extension (DAE) said harvest of the high quality and hybrid variety litchis will start next month though the local variety and some high yielding variety litchis have appeared in the local markets.

Litchi traders said the local variety litchis are being sold at rate between Taka 160 and 180 per hundred pieces and half-ripe and ripe high yielding varieties at Taka 250-350 at this stage of harvest.

Horticulture Specialist of the DAE at its regional office here Khondker Md Mesbahul Islam said litchi farming has brought a silent economic revolution as hundreds of farmers achieved self-reliance through its cultivation in the region in the recent years.

More than 95 percent of litchi trees in the small, medium and big-sized litchi orchards and homesteads on about 1,650 hectares of land have bloomed massively this season in Rangpur agriculture region.

The farmers cultivated litchi on 1,551 heaters of land and produced 13,285 tonnes of the seasonal fruit worth over Taka 133 crore during the last season in the region.

"However, the production might cross 15,000 tonnes worth Taka 150 crore this year as the farmers have cultivated litchi on 100 hectares of more land and the fruits grew superbly amid favourable climatic condition," Islam said.

Fruit traders Babu Mian at Rangpur City Market said litchi traders form Dhaka, Chittagong and other districts have already flocked to the region and completed purchase of the growing fruits in litchi orchards in advance.

Deputy Director of the DAE at its regional office Md Moniruzzaman said commercial basis litchi farming gains popularity consistently in Rangpur region though quality litchi were being produced mainly in the Barind areas and Dinajpur even a decade ago.