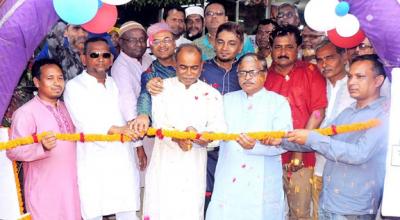 Mayor of Rangpur Mostafizur Rahman Mostafa launched these Iftar selling centres at two separate ceremonies held on the premises of 'New Star Hotel' at Dhap and 'Mohua Bread and Confectionary' in Katchari Bazaar areas in the city as the chief guest.

Earlier, the RCCI authority supplied necessary materials, clothes and gloves to the owners of the twenty hotels and restaurants for their employees, he said.

The speakers thanked the two apex trade organisations of the city for launching of the programme in public interests from their social obligations to ensure supply of pure and hygienic Iftar items during the holy month of Ramadan.

Under the programme, RCCI motivated owners of these twenty major hotels and restaurants of the city for preparing, selling and packaging of the pure and hygienic Iftar items.

Mayor Mostafa appreciated the RCCI and DHROA authorities for taking the noble initiative in greater interests of the common people and requested all concerned to make the city free from all sorts of adulterated foods.

Hundreds of the people thronged to the pure and hygienic Iftar selling centres this afternoon on the first day of the holy Ramadan month to purchase their Iftar items of own choice at fair prices.