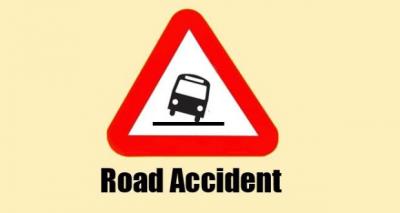 BRAHMANBARIA, May 19, 2018 (BSS)- Three men were killed in a road accident on the Dhaka-Sylhet highway at Malihata area under Sarail upazila of the district this morning.

Officer-in-Charge (OC) of Khatihata Highway Thana Hossain Sarkar said the accident occurred when a Dhaka-bound bus rammed a CNG-run auto-rickshaw in the area around 5.30 am, leaving Nosor dead on the spot and injuring two others critically.

Later, the wounded were taken to Brahmanbaria Zila Sadar Hospital where they succumbed to their injuries.

A case was filed in this connection.