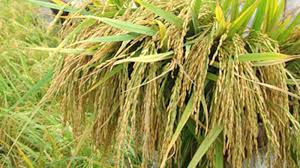 GAIBANDHA, MAY 21, 2018 (BSS) - Boro rice procurement drive of food department began in Sadullapur upazila in the district yesterday amid much enthusiasm to the millers.

Upazila food department and upazila administration organized a simple function on the premises of a food godown in the upazila town on Sunday in this regard.

A target has been fixed to procure a total of 1,514 tonnes of boiled rice and 96 tonnes of Atap rice from the millers through two purchasing centers of the upazila during the current Boro season, said an official.

Price of per kg of boiled rice and Atap rice has also been fixed at TK 38 and TK 37 respectively, he also said.

To make the Boro rice procurement drive a grand success, the department of food has also signed agreement with the millers of the district, he added.

On the opening day, 60 tonnes of boiled rice had been purchased from the millers, sources said.

M. Amzad Hossain, district controller of food, told BSS that the government had fixed a target to procure 21,616 tonnes of boiled rice from 870 millers and 733 atap rice from 62 millers during the current boro season.

The rice procurement would continue in the district till August, 2018.