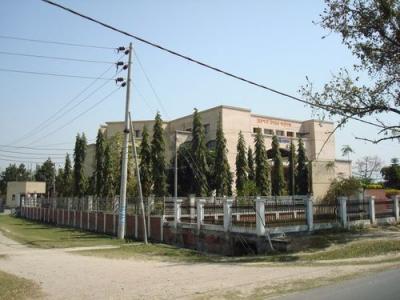 RAJSHAHI, May 24, 2018 (BSS) - The Rajshahi Development Authority (RDA) has been implementing 13 development projects with an estimated cost of around Taka 1,194.94 crore with the main thrusts of elevating living and livelihood condition of the city dwellers.

The RDA is also constructing another 5 km four-lane road from near RUET campus to bypass road at a cost of around Taka 159.29 crore. The road will have 9,000 meter RCC drain and eight culverts, a four-lane overpass along with installations of 5,000 meter water, power, gas and telephone lines each. It will also implement another project to make Rajshahi Metropolitan Development Plan sensible to disaster risks through updating the Effective Mega and Detailed Area Plans at a cost of around Taka 18.36 crore.

"We are going to establish "Father of the Nation Bangabandhu Sheikh Mujibur Rahman Square" at Talaimari crossing with an estimated cost of around Taka 59.28 crore", said Engineer Tarique.

"We have also one more residential area development project with involvement of around Taka 69.56 crore," Engineer Tarique said adding that 18.11 acres lands were acquired for the project.

At present, there are five other projects in the pipeline involving Taka 694.97 crore. Three new connecting roads one from Shalbagan to Sucharan crossing via Kapasia, another from Binodpur to Halidagachhi and the rest from Chhotobangram to Meherchandi will be constructed.

Captain Monsur Ali Park will be beautified and modernized and the Parijat Lake will be developed to attract more visitors there.

RDA has a plan of vertical extension of its existing five-storied bhaban to ten storied at an estimated cost of around Taka 21.04 crore.

Engineer Tarique expects, on successful implementation of the uplift project, the scenario of the city and the living condition and livelihood of the city dwellers will be changed.