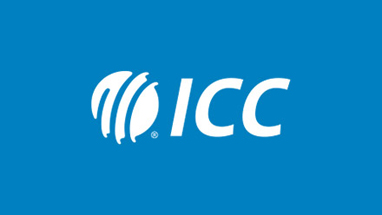 DHAKA, May 24, 2018 (BSS)- The International Cricket Council (ICC) have announced the schedule for the third edition of ICC Women's World T20 Qualifier tournament to be held in the Netherlands from July 7-14.

It also named a Women's Global Development squad that will get the exposure of playing ECB Super League sides, ICC sources said.

The tournament will feature Bangladesh and Ireland, who are ranked ninth and 10th respectively, in the ICC Women's Team Rankings, as well as Thailand, the Netherlands, Papua New Guinea (PNG), Scotland, Uganda and the United Arab Emirates (UAE).

The league-cum-knockout tournament will be played at the Kampong Cricket Club in Utrecht and the VRA Cricket Ground in Amstelveen, with defending champions Ireland taking on Thailand in their first match on 7 July, and Scotland and Uganda featuring in the other Group A match on the opening day. Last time's runners-up Bangladesh will play PNG and the Netherlands will take on the UAE in other matches on the opening day.

The semifinals (12 July) will be played at the VRA Cricket Ground while the final will be held at the Kampong Cricket Club.

ICC Women's Cricket Manager Holly Colvin: "The exciting nature of T20Is and the competitive qualification format will give participating teams the experience of performing under pressure. New conditions and different oppositions provide great exposure for participating teams, and with the ICC Women's World T20 not far away, the finalists can carry momentum with them."

Bangladesh captain Rumana Ahmed: "This is a great opportunity for us to display what we are capable of doing and also qualify for the ICC Women's World T20 in the process."

"In this tournament, we will get a chance to play a number of teams and also get exposure to different conditions. We are confident we will get together as a team and come up with some memorable performances," she said.

Ireland captain Laura Delany: "2018 is a big year for the Ireland women's cricket team. After our tour of Zimbabwe in February, we are hosting New Zealand and Bangladesh at home before heading to the Netherlands for the WWT20Qs.

"Our head coach Aaron Hamilton is putting together a competitive squad that blends experience with some fresh faces who are set to make an impression on world cricket. I believe that over these next few months our team will demonstrate that we have a bright future and we will step up to the challenges ahead."

"There are no easy games at this level of international cricket, but we are confident that if we play to our collective abilities then we will put ourselves in an excellent position to go through to the main tournament in the Caribbean in November," she said.

Netherlands captain Heather Siegers: "Playing in a World Qualifying tournament at home is a wonderful honour and privilege, to be able to host players from all around the world is a great chance for us here in the Netherlands to showcase the best we have to offer.

"We have a young but very talented squad and they are all really looking forward to playing at home against some wonderful sides. Being able to captain the side against these teams will make me very proud and hopefully we will be able to put in a string of good performances and thus go onto the next stage."

Meanwhile, three Bangladesh players, including captain and wrist-spinning all-rounder Rumana Ahmed, have been named in the 13-member Women's Global Development Squad, which will play five matches against ECB Super League teams from 15-21 July as part of their warm-up fixtures.

The squad, which also includes two players each from Ireland, the Netherlands, PNG and Uganda and one each from Scotland and the UAE, was selected from a pool following three nominations each from teams participating in the Qualifier.